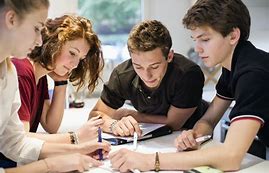 Today’s teenagers spend a lot of time tweeting, Facebooking, and otherwise engaging via social media. A Pew Internet report (2019) on American teens’ usage of the Internet found that:

According to the Pew study, many users, particularly girls and older teens, visit social networking sites several times a day. They frequently use multiple platforms, including Facebook, Twitter, Instagram, YouTube, Tumblr, Google Plus, Pinterest, Snapchat, Vine, and others for a variety of purposes.

Now some enterprising young entrepreneurs have figured out how to capitalize on their own knowledge, experience, and skill in using social media to help businesses define and execute their social media marketing strategies.

Fifteen-year-old Lane Sutton, for example, consults with a number of small businesses and has been featured on CNN, Forbes, the Wall Street Journal, Adweek, Fox Business and other media outlets. Sutton, who began social media consulting at 13, advises clients to use social media as an engagement and conversation channel and emphasizes inbound marketing strategies that personalize and humanize marketing efforts.

Another company, the Dash Agency, was founded by high school friends Christian Lunny and David Bell. These two teens help companies tailor their marketing messages through Facebook, Instagram, Twitter, Snapchat, and more. They’ve worked with established companies such as Aveda Canada and the Boyd Group, as well as startups and solopreneurs.

Now that social media has become embedded in the marketing mix of most organizations, young entrepreneurs are showing even seasoned marketing professionals just how to maximize its power and potential

Grab Your Free Position in the Built For You Downline:  Your FREE position.

Stay Tuned for next meeting date and time.

Built For You Downline  (BFY)